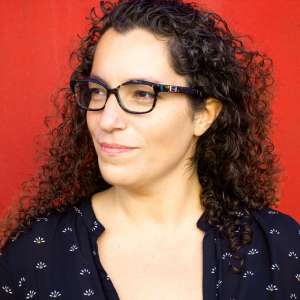 Silvie Konings is both a director, photographer and a video artist. She works intuitively from her heart, transferring the images she sees to the lens, from her mind to our eyes. Through her fascination with form and colour she takes the viewer into a new world, which allows them to create their own stories.

Silvie Konings (1983) graduated from WDKA in Rotterdam in 2015. During her studies and afterwards she absorbed all facets of film making in all its different appearances. She works intuitively from her heart and transfers her fascinations and the images that touch her to the lens. She likes stories and images that stimulate and surprise you. She has a fascination for shape and color from which she takes the viewer into a new world. A world where you can create your own story. Her style is characterized by a genuine passion for people and the ability to get ‘under the skin. She has a burning desire for the stories from life, sometimes philosophical, sometimes abstract, but always with a keen eye for the universal feelings behind them. From the very beginning of her film path and her studies, Silvie has explored the edges of the film and documentary genre, both visually and narratively. She likes dance and theater. The influences of the different genres sometimes provide a bit of magic. For Silvie, the medium of film is there to enlarge our world every time and to amaze us. She is currently working on various productions as a director, maker and video artist.